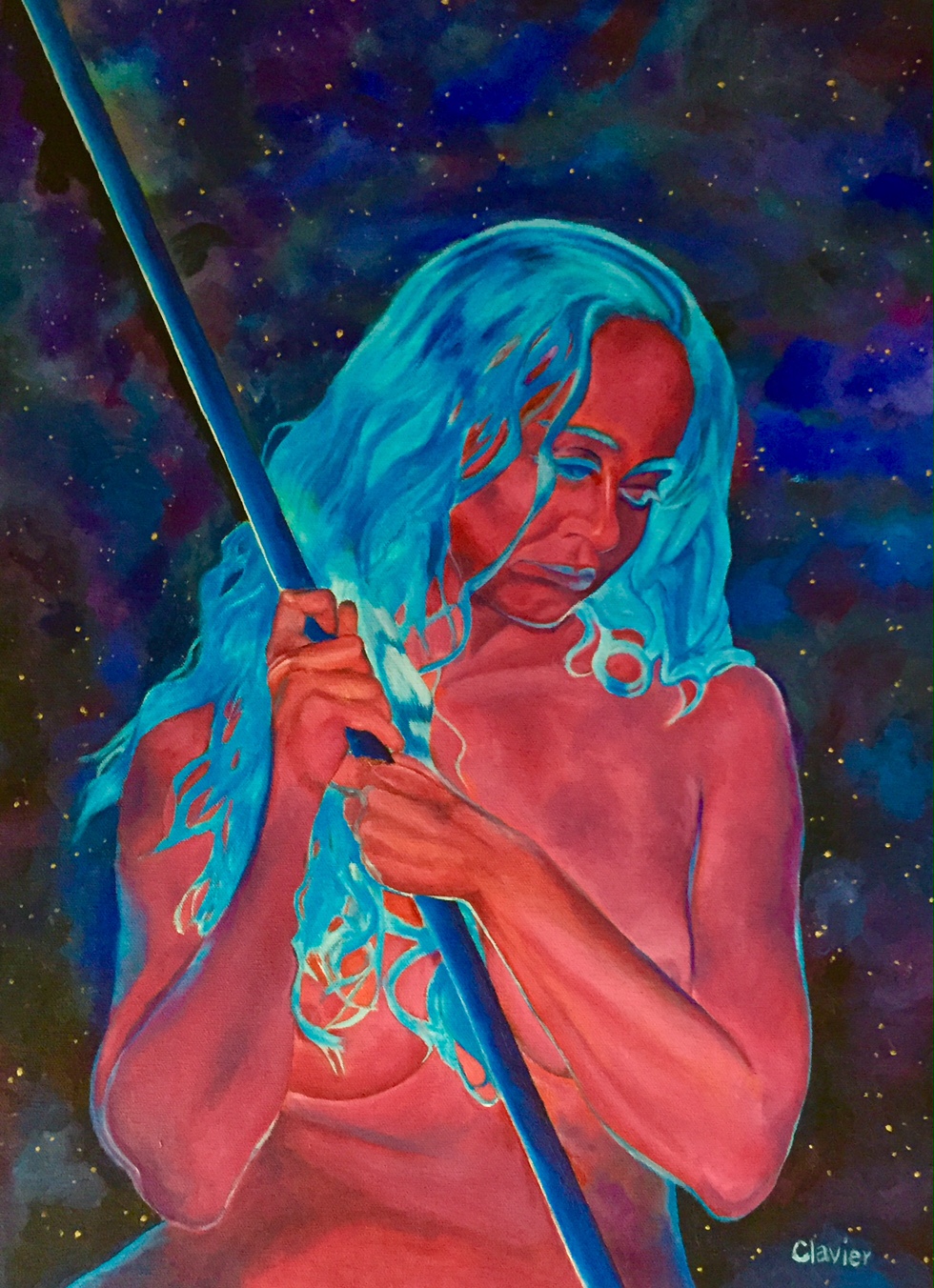 Athena was saddened by her mutually exclusive portfolios of war and wisdom. John Steinbeck expressed similar thoughts: "No one, not even the most stupid and belligerent of men, could imagine that a modern war could be won by anyone.”
John Steinbeck, A Russian Journal, 1948.

Purchasing a Ron Clavier Limited Edition print is a great way to be one of a small number of people to have this piece in your home. All prints come with a personally signed note from Ron.

All art purchases are arranged directly with Ron. Size and framing options are available.